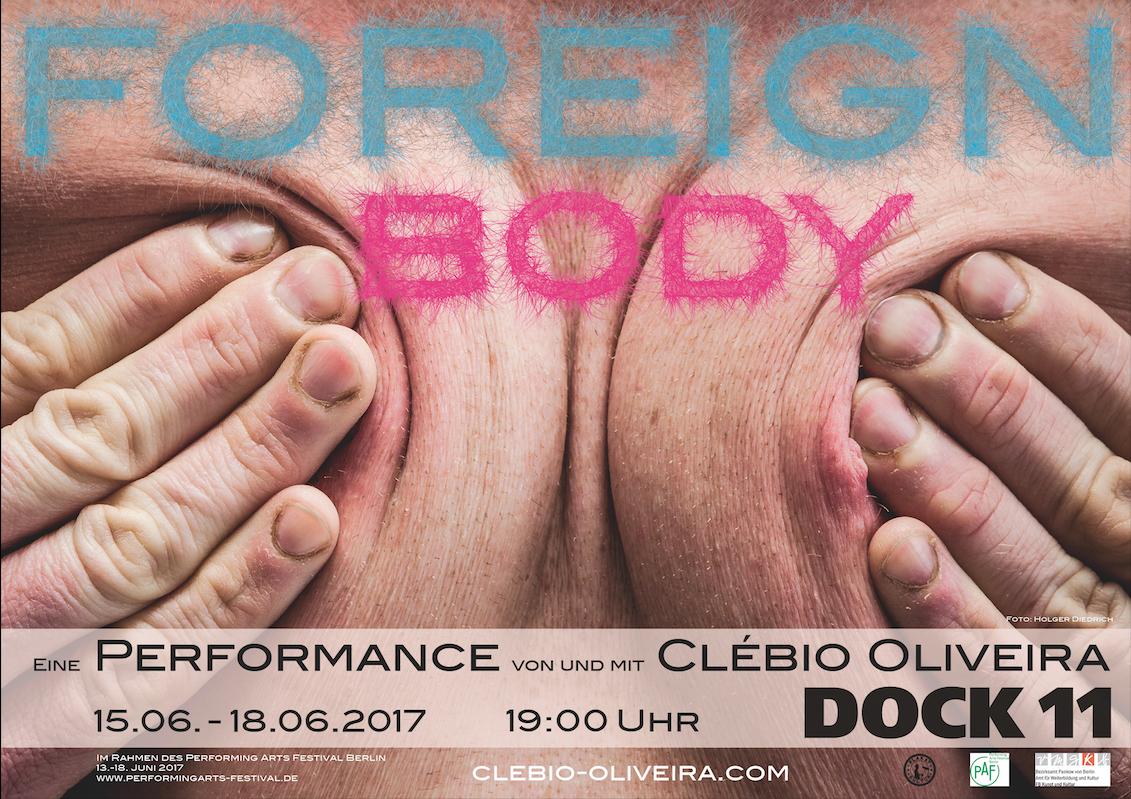 Foreign Body opening night on the 15th of June 2017 at Dock11 Berlin in the frame of the Performing Arts Festival Berlin. Additional shows will take place on the 16th, 17th and 18th June 2017.

In his new creation, Clébio Oliveira explores the transsexual´s subconscious. How does it feel like within a wrong body and to live in the constant unease of one´s sexuality? An unconscious map of the spirit is drawn through the body, where instincts wishes, feelings, pains, fears and physical inadequacy seem to live in a labyrinth without any exit. Or is there yet a way out to circumvent the inner conflicts which have arisen from the process of self-recognition?
In his solo Clébio Oliveira is entering the tense atmosphere between re-won liberty, social limits and supposed provocation.

Infos about cast and crew and DOCK 11

Reservations can also be sent directly to info@clebio-oliveira.com

We are looking forward for your visit!